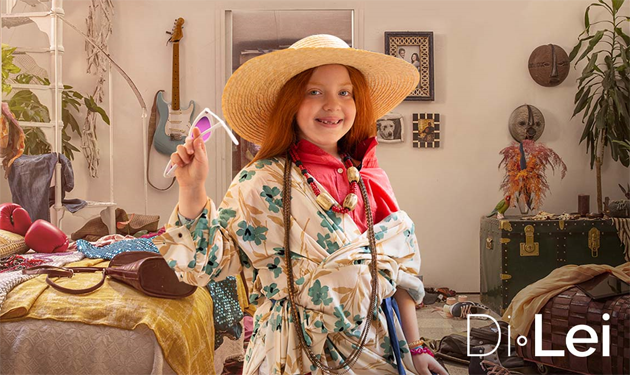 The first advertising campaign dedicated to DiLei has been on air since 10 October. The Italiaonline magazine – number one in its segment with more than 6.2 million unique users per month* – will be appearing on TV and digital media with an ad that recounts, in a fresh and empathetic way, Italy’s most widely read women’s website and its ability to speak to the essence of every woman without resorting to classifications or stereotypes.

The star of the ad is a little girl who, while rummaging through her mother’s wardrobe in search of her ‘perfect’ outfit, represents an evolving woman who has not yet decided what and who she wants to be, open, with spontaneity and creativity, to the future and its infinite possibilities. A woman who is always in touch with the child in every woman. The result is an ironic ad, which tells the story of being a woman with its many contradictions and facets, underlined by the claim: “Whatever your style, we understand you”.

Barbara Del Pio, Head of Content at Italiaonline, comments: “We are happy and proud of our first advertising campaign. The concept of the project immediately won us over, because we think it embodies the philosophy of our magazine: to tell the story of femininity without imposing a model or a cliché, speaking in an inclusive way to all women, present and future, just as DiLei does every day”.

“We were looking for a synthesis, a code that would tell DiLei to women, its being beyond clusters and models, and we found it in the smile and stylish lightness of Noemi (the little girl starring in the ad, ed.)” says Fabrizio Russo, CEO of KleinRusso, the creative community that conceived and produced the video.

The format chosen for the commercial is 15 seconds. The planning is by the Mindshare media centre and includes TV, digital and GO TV in the metro circuits and airports.