Italiaonline, boom of the vertical portals 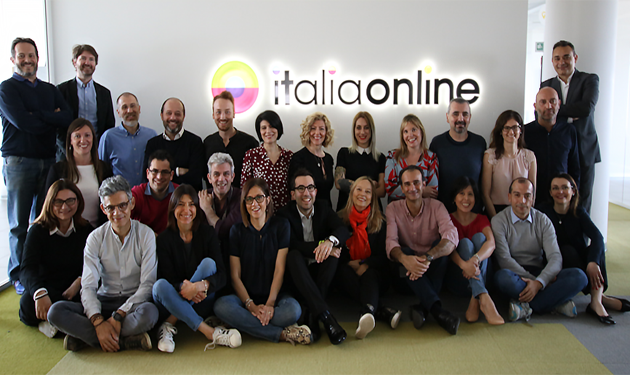 Italiaonline, the largest Italian internet company, strengthens its leadership in vertical brands, which
reach a total audience of almost 17 million unique monthly users (Audiweb data, March 2019). The
exploit of the month of March is the result of a path of constant growth that has accompanied the
properties in recent years and the result of an editorial strategy focused on product quality and the
creation and distribution of content in an increasingly mobile and omni-channel logic. Audiweb data for
March 2019 include the certification of AMP mobile pages, which are now correctly attributed to their
respective vertical brands.
In the ranking of women’s brands, DiLei reaches 7.5 million unique users with an increase of more than
50% compared to February, which allow to overcome leaders such as Vanityfair.it and Alfemminile.com
and push two places higher the women’s CRU of Italiaonline, now firmly second.
In the travel sector ranking, the absolute leadership of SiViaggia is further strengthened with 2.6 million
unique users (+52% compared to February), but it is in the car and motorcycle ranking the most
sensational escalation, with Virgilio Motori that in March becomes the leading portal of its category in
Italy, doubling its users, which reach 2.8 million and exceed the historical top players Quattroruote.it
and Alvolante.it. QuiFinanza also performed well, increasing its unique users by 60% in March to a total
of 4.4 million and is second only to Sole24Ore.it in the ranking of the verticals of the economy and
finance sector.
Considering the whole world of Italiaonline’s verticals, which includes, in addition to the mentioned
DiLei, SiViaggia, QuiFinanza and Virgilio Motori, also Buonissimo, SuperEva, Virgilio Notizie, Virgilio Sport
and Virgilio Video, the sum of unique unduplicated users is close to 17 million, a great achievement that increasingly accredits Italiaonline among the reference players in the Italian media landscape, both in
terms of coverage and quality of advertising inventory.
The growth of Italiaonline verticals is the result of several winning combinations, as Domenico Pascuzzi,
Director of Consumer Marketing and Digital Properties, explains: “Our editorial strategy is focused on the
quality of content and user experience, and this in an increasingly mobile and cross-channel perspective,
as demonstrated by the important mention received at the recent Google I/0 in California for the speed
of loading our sites on mobile and the launch of a new line of voice content for smart speakers. In terms
of advertising offer, brands and advertisers customers are offered a wide range of solutions to
communicate with their target audience, with ad hoc design initiatives, profiled data, native solutions,
mobile formats and a video basin of great editorial value. The aim is to provide premium advertising
placements in an absolutely brand-safe editorial context”.
“This extraordinary result fills us with pride – continued Pascuzzi – and is the result of the work of our
team of professionals who deal with the product in its entirety, from the editorial aspects, to those of
the advertising product and software development; we will continue to offer original content and quality
with a cross-channel approach, enhancing the production and presence on social channels and constantly
innovating the properties, to continue to be the digital group awarded every day by more than one out of
two Italian surfers.