The TV debut of PgCasa.it - Corporate

The TV debut of PgCasa.it 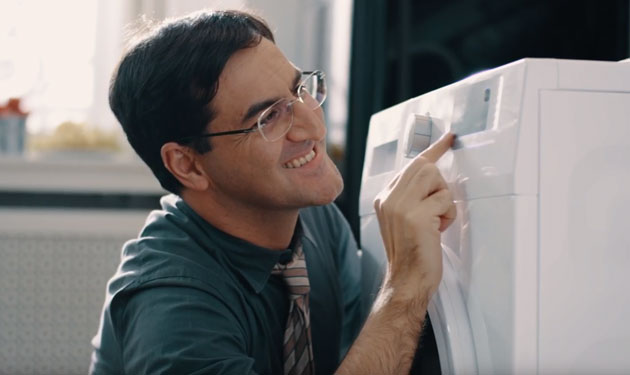 (N.B. This is a translation of the Italian press release)

“Su PgCasa.it devi andare!” (You have to go to PgCasa.it!) This is the common thread of the TV commercial of PgCasa.it, the digital marketplace of Italiaonline entirely dedicated to home service, composed of 60 thousand professionals located in each province, and that after a year is already first in Italy for SEO * and second for audience with 500 thousand unique visitors per month, about half of which from mobile, and 2.3 million pages viewed per month **.

The commercial, conceived by the creative video agency Antiorario in Milan and directed by the director Tomas Goldschmidt, has as its protagonist a man grappling with his washing machine that can not make it work. The situation is resolved in an unexpected and ironic way, with the washing machine becoming a councilor and indicating to the man to go to PgCasa.it, according to an idea developed by Antiorario: in an Internet of things world, it is the house that suggests the solution to everything, so the washing machine comes to life with the voice of a broken appliance that, faced with the unnecessary rescue efforts of the protagonist, is forced to “throw” the solution with instructions on what to do to get the best service at the lowest price. So here is that a smartphone is ejected from the drum of the washing machine, inviting the protagonist to rely on PgCasa.it.

On the user side, PgCasa.it is the largest and most extensive database of professionals in the sector. From carpenters to electricians, plumbers to cleaning companies, users can compare estimates of various product categories and choose the best and most convenient supplier.

The PgCasa.it commercial, in version 30 and 15 seconds, is on air from 18th November to January 2019 on the Sky circuit, both on the Sky Calcio channel (Serie A) and on the numerous Sky thematic channels. The planning is by the Mindshare media center.