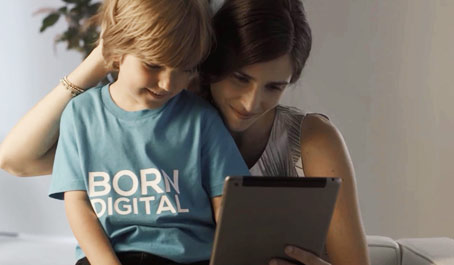 On air since September 14th, the new Italiaonline advertising campaign is an absolute novelty in the national television scenario, being the first tv commercial ever shot in Italy in 4K, the technology that offers high definition images and colors and gives the ad a cinematographic atmosphere, with a great visual impact.

The campaign was created by OVNI, famous advertising agency based in Milan, and produced by The Family, a leading production house known for winning several awards. The commercial tells the story of a big, unconventional Italian excellence. It opens with a series of evocative images of “Made in Italy” products, that make our country unique and loved all over the world: from food to fashion, from design to tourism. But, as suggested in the ad, there is more than that in Italy, there is an Italian technological and digital excellence: Italiaonline, the first Italian internet company, with the portals Libero and Virgilio, its vertical portals and the most popular email of the country, it reaches over 50% of Italian web surfers. Born digital, as displayed on the t-shirt of the kid that appears in the commercial, Italiaonline embraces Italy’s future and keeps innovating.

As stated by OVNI, “Italy is much more than food/fashion/design and a company like Italiaonline proves it and is part of a group of excellences destined to support the future of the country. We were amazed ourselves by Italiaonline, so transporting the concept of excellenxe into the commercial was came easy and natural”.

The pioneeristic and innovative spirit of the company reflects the choice to use, for the first time in Italy, the 4K technology for the making of the commercial. Thos means a higher image definition that allows to appreciate even the smallest detail. Thanks to a 4.000 pixel horizontal resolution, four times better than the Full HD standard, the 4K technology can improve the user experience offering the best vision and speed of reproduction for big screens.

“I’m very proud of this commercial because it is the first time 4K technology is used throughout the whole working process, from the making of to the finalization: an important goal for us as well”, said Stefano Quaglia of The Family, which recently won several awards in Cannes (six, only this year) and others in the past in events such as New York Film Festival, Clio Award, Epica.